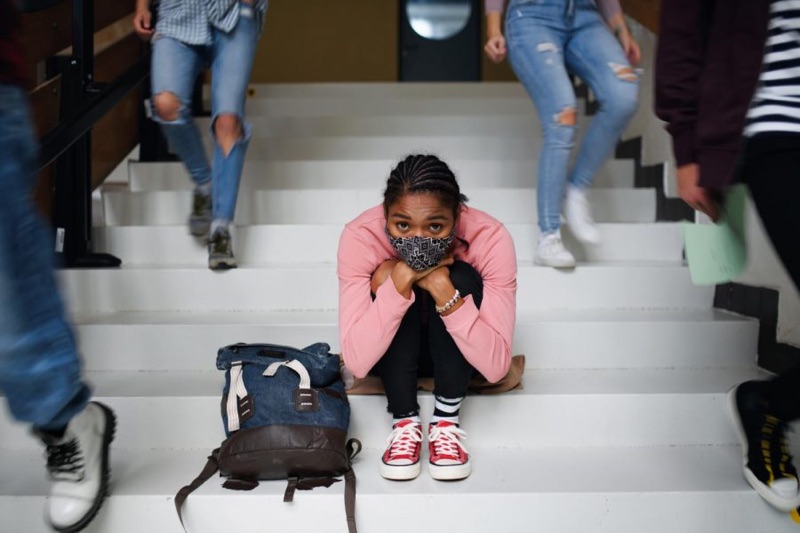 Black, Hispanic, and rural students have a harder time getting mental health support in school, according to a new survey of thousands of students who took the ACT.

Even in schools that offer mental health services, students are not always aware they are there.

These findings come from the latest study in a series produced by ACT, the nonprofit group that administers the college admissions test, to learn more about students’ perceptions on safety and mental health support in their schools.

Schools—whether they are prepared or not—have become a primary source for mental health supports for children. And having access to such services is crucial to student’s academic success: they’ll do better in school, be more likely to graduate, and less likely to use drugs or alcohol, according to the study.

Students’ mental health is one of the most pressing issues facing schools and educators.

One out of every four adolescents suffer from mental health issues—ranging from anxiety to depression, and as many as three out of four of those students do not get the support they need, according to the U.S. Department of Health and Human Services. Students are more likely to ask for help if their school provides mental health services.

The survey, which the ACT sent to students who took the test in February 2019, asked about the extent of mental health services and professionals at their schools. About 5,300 students completed the survey.

What of the major findings is that while schools may have professionals on staff who can help students with specific mental health issues, such as bullying or drug and alcohol abuse, students may not be aware that help is available.

While nearly all students, 97 percent, reported that there was either a nurse, counselor, or social worker at their school, far fewer, 67 percent of students, said the people in those positions were available for helping students deal with basic mental health issues.

The report says that likely goes a long way to explaining why only 44 percent of students in an earlier survey on school safety said that their school offers mental health services to students who need them.

The report also posits that while, yes, technically there are counselors in a school, low staffing levels actually means there may be too few of them to really be accessible to students.

The majority of teachers in U.S. public schools are white women, which does not mirror the diverse demographics of students themselves. This could explain why black and Latino don’t feel like they have a teacher they can reach out to for support.

To do that address those gaps in access, the report makes these recommendations:

Obviously, all those interventions come with a price tag, and they aren’t things that school and district leaders can simply snap their fingers and make happen.

But as the survey results show, students often don’t even know about the mental health supports that are already available to them. So, to that end, the report recommends that schools and districts do a better job of publicizing those services to students.