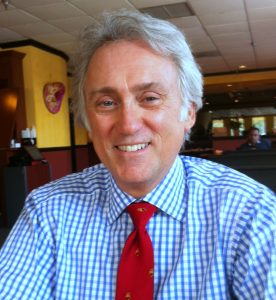 Dr. Samore’s school is the first International Spanish Academy in the United States and was recognized in 2013 as the International Spanish Academy School of the Year for North America. Okeeheelee Middle is the only middle school in the United States which has a bilingual Junior Model United Nations and has many innovative and unique aspects. Samore is one of a handful of principals who still makes house calls.