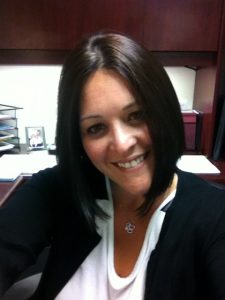 Susy is the proud mother of identical twin boys working hard to instill morals and values in her children to respect their life, culture, community, and environment; to raise them to be men with drive and ambition no matter what area of their life. She has been happily and enthusiastically married for over 12 years to an amazing man who she describes as “her partner in all things”. Susy’s family, career, friends, and her community have all contributed to the successful person she is today. She learned early in her career to measure achievements and success in life not by the amount of money she makes or title she has, but rather by the relationships she makes with people and the contributions she is making in the world and more importantly – in her own community. As she moves forward in her career and community work, she wants to continue to be influential and play a role in the development of educational opportunities for others. She wants to continue to inspire people to dream and find their potential. She wants to continue to be respected as someone in the community who cares, supports, is resourceful and knowledgeable and thinks one step ahead. She wants to continue to develop programs and opportunities while encouraging and mentoring the next generation of leaders. She wants there to be more people like herself who want to help and support education and want to go out of their way to do more for others and make a difference in their communities – just because it makes them feel good – not for the recognition or the glory.

Susy’s educational philosophy revolves around all of this. She states that it has evolved throughout her life, influenced by who she is, where she come from, and the work she has done throughout her career. Susy is a first-generation Cuban-American college graduate. She earned her Bachelor’s of Science degree in Psychology with a minor in Education from Florida State University. She earned a Master’s of Science degree in Educational Leadership from Nova Southeastern University with a specialization in Management and Administration of Educational Programs. Her parents and grandparents emigrated from Cuba in search of a better life for their family. Susy grew up in Palm Beach County and came back after graduating from college to contribute her talents and knowledge to her work with her community. Susy has worked in the field of education for over 20 years both in the K-12 setting and higher education. She believes that education is both liberating and powerful. It empowers individuals of any age and ability, families from any race or creed and communities with cultural backgrounds from different places around the world to build better lives for themselves economically, civic-ly, and socially. Susy has committed her career and service to her community to support human development through guidance and leadership. Whether it is personal or professional – it is all a form of teaching for the enrichment of the lives she touches. She takes it upon herself to educate people in all ways possible and facilitate them in discovering the wealth and potential of who they are, where they are, and what they desire to achieve in life.

Susy’s work ethic and community involvement fall right in line with her background, education, and general philosophy in life. She has served as a board member and secretary of the Hispanic Education Coalition, the Women’s Chamber of Commerce of Palm Beach County as well as committee chairperson for the Hispanic Chamber of Commerce, Triunfo Scholarship Awards. She is a graduate of Leadership Palms West through the former Palms West Chamber of Commerce, now the Central Palm Beach Chamber of Commerce. Susy has been actively involved in the community serving on several committees and task force teams for the improvement of both the K-12 and higher education as well as the economic development in Palm Beach County. Her work and leadership training extend beyond Palm Beach County as a graduate of the National Community College Hispanic Council (NCCHC) Leadership Fellows Program through the University of California, Long Beach. In addition, she is Palm Beach State College’s representative for Excelencia in Education’s national e-action network supporting high education institutions to support the success of Hispanic/Latino student. Susy believes that the work she has done and experiences she has had are all an intentional pathway to achieving the goals on who she wants to be and how she would like to continue to serve her community. She would like to continue to contribute her talents and resources as well as continue to nurture her own skills, learn, and become an even stronger leader in her community wherever she is needed. Susy describes herself as “an aspiring Hispanic woman, leader, and professional with the desire to give back to my community while growing and learning from those around me”.